From Waitangi to Holland with love 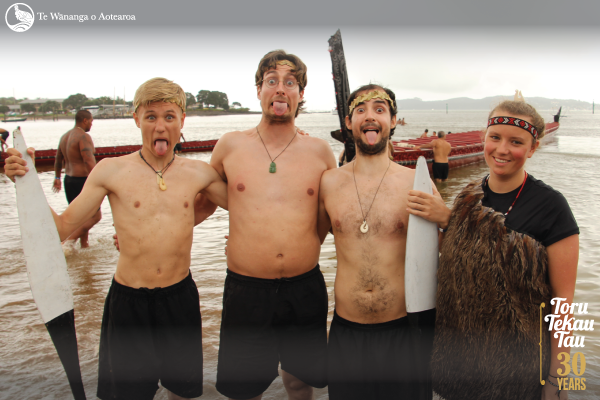 Every Waitangi Day a distinct group of kaihoe paddle waka on the waters of Pewhairangi.

These paddlers have immersed themselves in te ao Māori in the week leading up to the festivities of Waitangi Day learning karakia, chants on the waka and a haka composed for them that they will perform in front of thousands.

What makes this group different, however, is they’re from a Dutch rowing club and have travelled from the other end of the earth to attend the event.

The Dutch kaihoe come from the Njord Royal Rowing Club in Leiden, 40km south of Amsterdam and home of the oldest university in The Netherlands.

“How it all came about was, there were a number of Māori taonga in a museum in Leiden which were repatriated,” he said.

“The museum had heard of the waka kaupapa and  the whakaaro arose as to whether a waka could be acquired by the museum as a living and functional exhibit, that could compliment Māori taonga held by the Museum and potentially support exhibitions across Europe”

The name of that waka, which was carved by master waka builder Hekenukumai Busby from a kauri felled in the Bay of Islands in 2007, is Te Hono ki Aotearoa – the link to New Zealand.

Rutene was part of a crew who helped to train the Dutch rowers how to handle the waka, how to look after it and the tikanga pertaining to it.

“We were a bit apprehensive at first leaving our taonga over there in a foreign country and  with people of a different culture, however they were really committed to our teachings and they took the care of the waka  very seriously. After the first two weeks with them we realised that their intentions were genuine.”

“They were really respectful and committed to learning and that has continued for the past six years that they’ve been coming to Waitangi.”

Rutene says about four or five kaihoe from the Njord Royal Rowing Club come to Aotearoa for the annual Waitangi commemorations..

“They basically join in as if they’re a part of the whānau now and they do what we do. So they learn  the haka, the calls, they eat  our kai and they will dive in and grab the anchor if they have to.”

“They even have their own haka now, especially composed by the late Tepene  Mamaku, which they performed in front of 10,000 people at Waitangi and that’s no mean feat.”

“They lap it up, they love being part of our kaupapa and learning more about Maori culture and seeing the real Waitangi Day and not so much about how the media portrays it.” 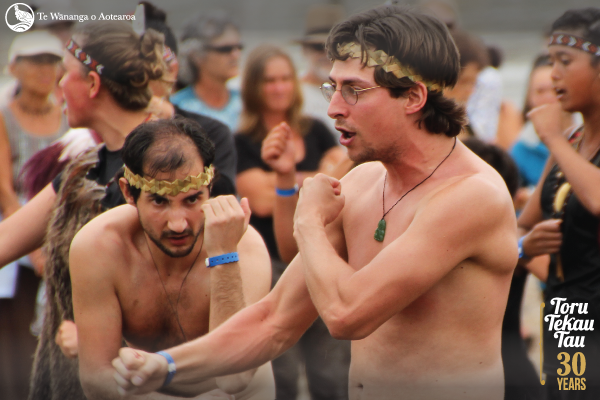