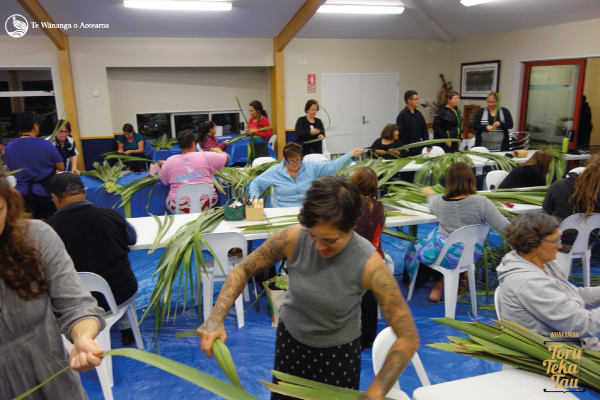 Te Wānanga o Aotearoa weavers inundated with requests for wahakura have found a solution that may help to satisfy the overwhelming demand for the traditional bassinets.

Te Kāwai Raupapa ki Papaioea kaiako Jenny Firmin said there is an ongoing demand for wahakura, the traditional sleeping enclosure that is aiding in the prevention of Sudden Unexpected Death of an Infant (SUDI).

The problem they’re having, however, is it’s a big ask for them to meet both the demands of mothers and health providers and their course curriculum.

“The interest in them has been huge,” says Jenny.

“I personally get about two calls a week for them and we have had Whanganui DHB contact us and I think they wanted something like 30,000 of them or some crazy number.”

Statistics from Plunket NZ show that New Zealand has the highest rate of SUDI (Sudden Unexpected Death of an Infant) in the developed world.

Māori SUDI rates make up two thirds of all of the approximately 65 deaths each year.

But the wahakura is being hailed as a success to halt these preventable deaths by promoting healthier sleeping habits for babies and their parents, who sometimes bedshare with them.

When those babies sleep with their parents the risk of overheating and suffocation is higher than for healthy babies.

He said wahakura were part of a Māori approach that had been developed to combat SUDI and hundreds of them had been rolled out since 2012.

The result: a 30 per cent drop in infant mortality across New Zealand. 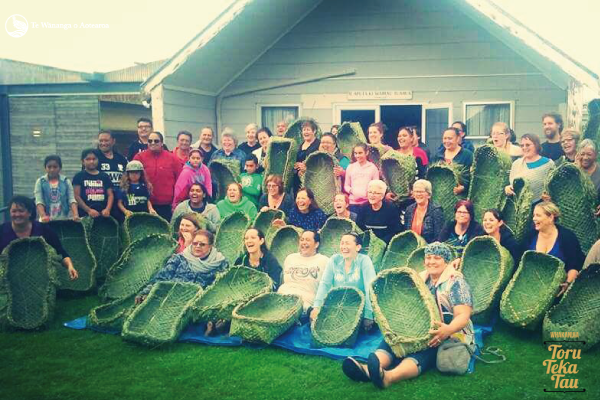 The 11 wahakura were destined for young mothers and their babies and were part of a project developed by Dr Tipene-Leach in 2001.

Jenny said with the surging popularity of wahakura they had come up with an idea to help meet the demand.

“There is a lot of interest from places like Ngāti Kahungunu to go over there and do workshops now.”

“At first they were like, “we will buy them off you” because they wanted 60 of them but then I had an idea and said “how about we teach you instead?”

“We will teach you how to harvest and karakia and how to make these things beautiful and then you practice and teach someone else.”

“We want this to go throughout the motu to benefit our tamariki and mokopuna.”

Jenny said the ongoing feedback she was receiving from health professionals about the traditional sleep baskets was overwhelming.

“I spoke with a midwife last week when we were out harvesting and she spoke about how beautiful they are and how they have saved so many babies’ lives in the short time they have been around.”

We get lots of feedback not just formal, a lot of it is informal. From the professional side a lot of midwives know about them but they just don’t know how to source them so hopefully this will change.” “It takes a good two days for an experienced weaver to make a wahakura so I have learned to have a bit of a supply at the ready.”