Amiria inspired by the wānanga on the Waikato River 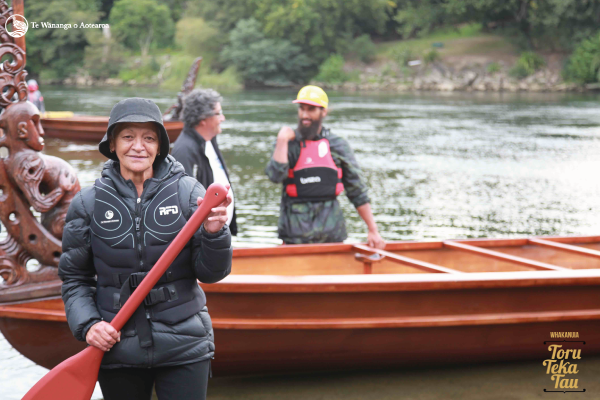 Kaiarahi Mātauranga Māori Amiria O'Malley says taking part in the tirahoe from Hamilton to Huntly on the Waikato River was a ‘wānanga’ in itself.

“For me it’s about our reconnection to our whakapapa and understanding that it is actually something quite special. You can feel the mana and wairua of this awa and the connection back to its source, Nga Kahui Maunga.”

As they departed Amiria called back to kaikaranga Pare Rata, secretary of Te Toki, on the banks. Te Toki is the waka ama trust of Kaihautu Hoturoa Barclay-Kerr who, with the help of his son Turanga, lead the Tirahoe.

“You mihi the awa and you mihi the haerenga. That’s usually my role on the banks of the Whanganui awa as I see the waka off,” explains Amiria.

“It’s nice to actually be on the waka this time, to be a kaihoe on both waka tangata and to have Hoturoa as Kaihautu is a real privilege; Ka mau te wehi!” 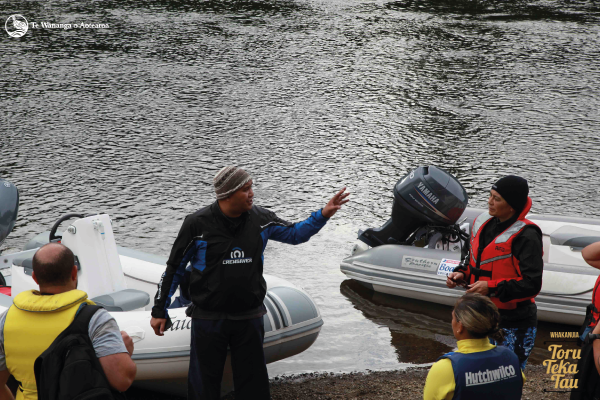 TWoA Waka Ama manager and Hauora kaiarahi Brendon Morgan helped manage the operation. He and his team were on the inflatable waka to support their peers. “This is a way we can hit all the tanga. We have all these values and we’re actually practicing them.”

Amiria says all kaihoe  practiced water survival skills and were then tested to ensure they knew what to do in case of a mishap, as well as land practice to learn the the different hoe strokes.

“Each has its own rhythm so the first stretch was a really good opportunity to get into the rhythm and by the time we got to Ngaruawahia we were pretty fluent,” she laughs.

“Just to get over that first hurdle was awesome, then having Hoturoa with us and the opportunity to kōrero about different pa sites and pūrakau was a wānanga in itself.”

To gain yet another perspective they swapped waka after lunch, by which time it had started to rain. Amiria says it was on this last leg that the hoe went into choppy waters and the shoulder-burn set in.

“It was really important for me to keep going because we were all in this together and I didn’t want to let anyone down. It was then that I had a defining moment – an epiphany. What came through were the men. It was just fantastic.”

Amiria recalls the various haka recited that helped set the pace to keep their focus moving forward towards their destination.

“I realised ‘this is what it’s all about’, coming together as a collective. We gathered momentum and we were flying through the water.”

Until they hit a sandbar.

“We had all the elements against us and it took some time to get the flow back but it was all about learning. When you have 40-odd kaihoe and support waka too, you just rise to it,” she says. 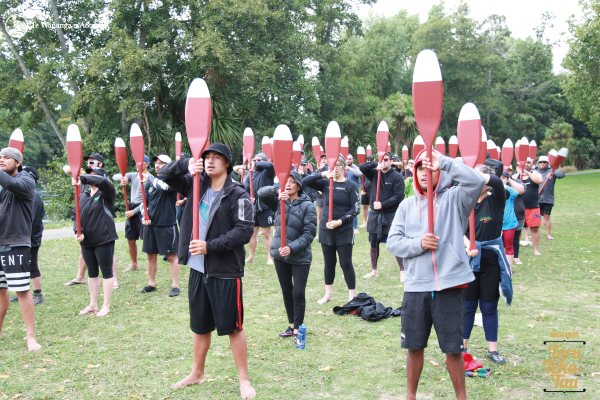 Despite the challenges they arrived in Huntly an hour earlier than programmed, before busing back to Mangakotukutuku campus for a much-appreciated dinner, where Amiria says the manākitanga was exceptional.

“We came home to a beautiful cooked kai by our ringawera. Whether we’re land crew or water crew we’re all one whanau in different roles. It’s kotahitanga at its best. We’ve all got heaps of mahi ahead this year but the values of this wānanga came through really strongly. It’s alive and it’s well.”