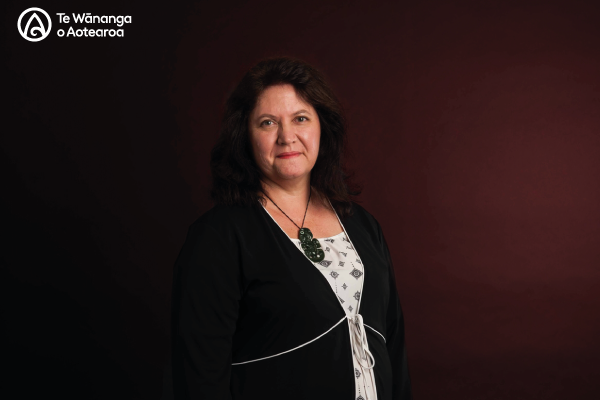 The council of Te Wānanga o Aotearoa has elected Vanessa Eparaima as chairperson, replacing Richard Batley who has stood down after eight years in the role.

Richard - Ngāti Tama, Ngāti Maniapoto, Waikato, Raukawa – was seconded onto council in 2005, selected as chairperson in 2008 and appointed as a ministerial for the new council in 2015. He says after a period of significant change within the organisation it was an ideal time to hand over the reins.

“It has been a privilege and an honour to lead this organisation for the last eight years and I must acknowledge the work of current and former council members and staff involved in the comprehensive review Te Wānanga o Aotearoa has undertaken,” Richard says.

“This has led to significant change, including the appointment of Te Taiurungi (CEO) Dr Jim Mather in 2013, the organisational realignment Te Raumairanga - which has now been completed - and a new governance structure.

Te Wānanga o Aotearoa stands today as a reinvigorated organisation with a strong future before it.”

Vanessa of Raukawa and Ngāti Tuwharetoa descent, and a Member of the New Zealand Order of Merit, has shown consistent and strong leadership and a proven ability to deliver results at the helm of several different organisations, says Richard.

“Her appointment as chair of Te Mana Whakahaere is an excellent one and she has all the skills to lead the next phase of the organisation’s development.”

Vanessa acknowledged Richard’s tenure which included the consolidation and financial recovery of Te Wānanga o Aotearoa and leading the council through a period of significant change.

“I know that the organisation has made immense progress since Richard was first elected chair in 2008,” she says. “There is an exciting future ahead for Te Wānanga o Aotearoa, with a strong and talented council, as well as committed and passionate staff, ably led by Te Taiurungi Dr Jim Mather. We continue onward and upward in achieving our vision of whānau transformation through education and our mission of tauira success.”

Richard will remain on the council until a new ministerial appointment is made.