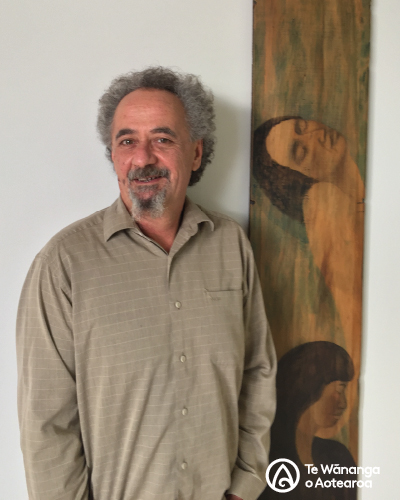 Tracey Cooper has joined Te Wānanga o Aotearoa as a Communications Specialist based in Te Awamutu.

Before that he worked for more than 10 years at the Waikato Times, covering some of the largest news events in the country along with several international events.

“Coordinating a massive team of reporters at the Waikato Times to cover the tangi of Te Arikinui Dame Te Atariangikaahu in 2006 was easily the biggest event I was involved in. More than 100,000 people converging on Ngāruawāhia was amazing and created images and stories the like of which will never be seen again in my lifetime.”

Other career highlights include being one of only four daily newspaper reporters to cover the 2004 Olympic Games in Athens, flying in to Christchurch the day after the devastating 2011 earthquake and being judged New Zealand’s best sports feature writer in 2009.

“I thoroughly enjoyed my time in journalism and got to do things many people can only dream about,” he says.

“In every role I’ve had I try and take advantage of opportunities to learn new skills and use those skills to the best of my ability. I’ve always been keen on education and learning so working at the wānanga seems a pretty good fit to me.”

That commitment to education has also seen Tracey spend more than 10 years as a parent representative on the Deanwell Primary and Melville High School board of trustees in Hamilton, chairing the Melville board for the last three years.

“I believe that if you don’t like something about the school your kids attend, you should do something about it, not just whinge about it, so I did. Twelve years later, our youngest daughter is in her final year at school so it’s a good time to give someone else the opportunity.”

After more than 15 years in Hamilton, Tracey and his partner Janine are now planning their next move, to Raglan, where he will get to spend more time indulging his passion for fishing.
“That will be great and we’re looking forward to the move.”