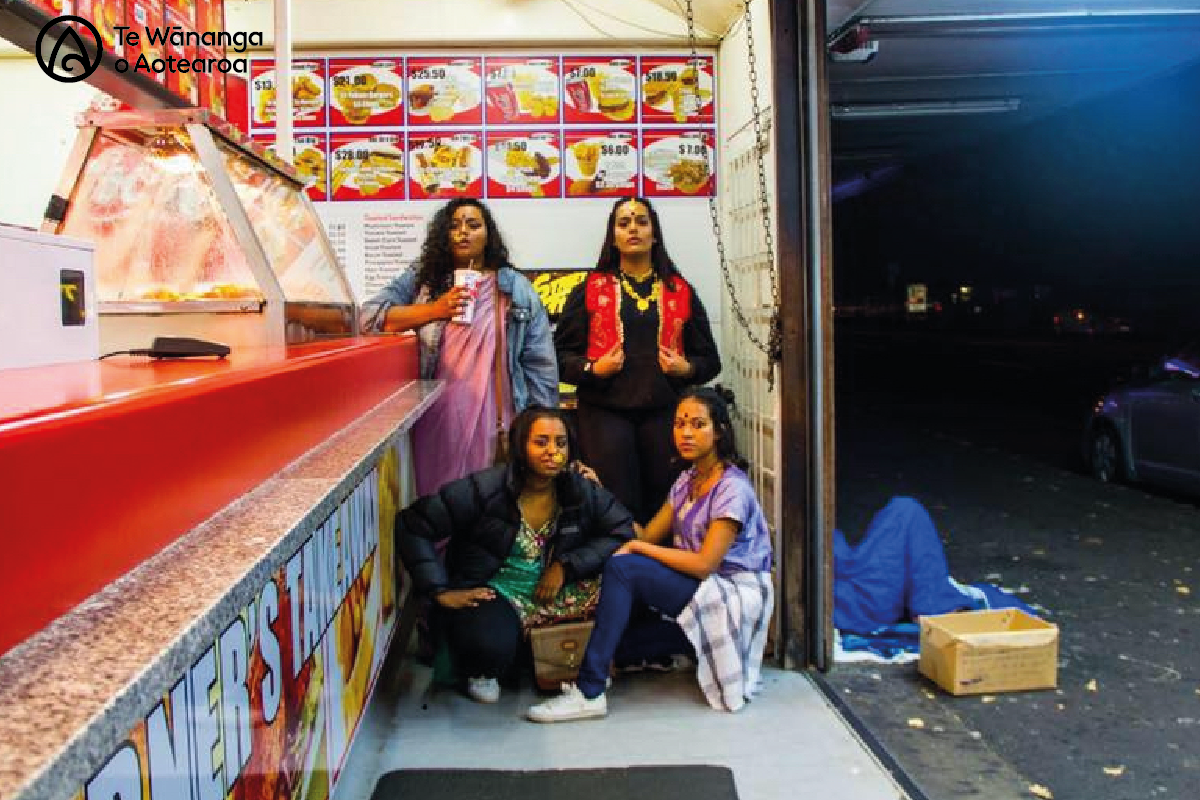 The concept was created by Kāwai Raupapa tauira Natalie Samy, who started to write the show after graduating from radio college last year.

"I've always loved media, it's such a big influence on the world, but as a child of immigrants - a brown kid - I often wondered why there is no representation of the 176 ethnicities living in Manukau. Everything always seemed so whitewashed," says the 23-year-old.

"We're in a weird place right now, where the word immigrant is seen as a negative and I thought I could be a keyboard warrior about this or actually create something with diversity in it."

So she roped in school friend Gemishka Chetty along with Sofia Kaur and her younger sister Sheetal Samy to make the idea of Brown Noize a reality.

They had to accept that in order to make the show, they needed to be everything; from the writers to the directors and the actors.

To get some training, Natalie and Gemishka enrolled into the Certificate in Kāwai Raupapa Screen and Stage Acting run by kaiako Juliet Grant.

The programme played a key role in how they made their show.

"We wanted to make this show be we had never acted before so when it came to resources the wānanga played a leading part," Natalie says.

"Without Te Wānanga o Aotearoa it would've been a complete miss. Juliet gave us the confidence to tell our story and she really pushed us."

Juliet says although a lot of students come in with no acting experience, the pair should be proud of the quality of work produced in such a short time.

"To go forward and write their own series, they've got the right attitude and proactive approach," she says.

And in a scene worthy of television, the Brown Noize crew were in a restaurant talking about where they wanted to be in life when they were overheard by the Kiel McNaughton and Kerry Warkia, producers of Māori Television's latest youth drama, This Is Piki.

"We had a meeting at their headquarters to pitch our show and they loved it," says Natalie.

In a further twist, Kiel was a tutor on TWoA's Bachelor of Performing Arts degree in Māngere 10 years ago.

Brown Noize has now applied for New Zealand on Air for funding.

"This whole operation has been a very team-orientated effort and given the platform, our goal was to diversify as much as we could to give a new generation of immigrant youth a voice," says Natalie.

"It's like a crazy dream, with a lot of heart and soul."