Tau Ora - Steptember is upon us 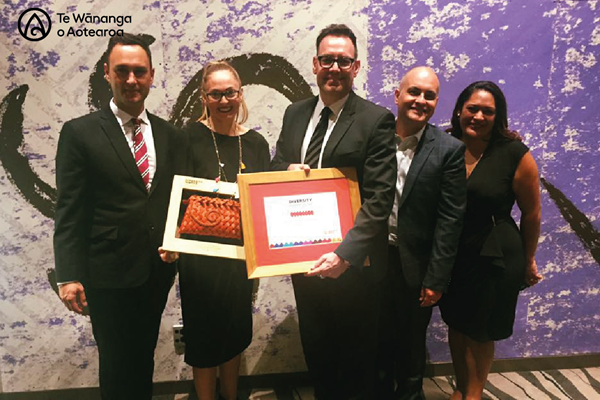 Tau Ora, the holistic health and wellbeing programme of Te Wānanga o Aotearoa, has another challenge – this time focusing on mens health.

The programme, which recently added The Work Life Balance award from Diversity Works New Zealand to its trophy cabinet, is launching STEPtember, a short sharp burst of activities with a focus on our men in the lead-up to spring.

Tuihana Ohia, who is subject matter expert wellness, said TWoA employees are being encouraged to sign up at www.tauora.co.nz to enter the competition which runs from September 7 to 26.

“We are focusing on mens health and have some challenges around that – like getting everyone to walk 100 kms in 20 days and five other challenges.”

“It is just focusing on mens health and there are some fun activities but we have tried to be inclusive because not everyone wants to do the physical stuff so there are family/team activities in there too.”

Tuihana said there are a number of prizes to be won during STEPtember. Team registrations open on August 31 and close on September 7.

She said Tau Ora had seen a number of challenges this year probably due to a number of new TWoA staff. The programme had also received feedback that its focus was sometimes “too physical”.

“We have seen a few comments about it’s just about the physical stuff but there’s more going on and we want to ensure that our staff have a true holistic experience,” she said.

“That means they enjoy activities that are not just about the tinana but about the whānau. It’s about social consciousness, environmental consciousness and the fact that stress is on the uprise so we want to address the hinengaro.”

Tuihana said there would be a number of changes to Tau Ora in 2017.

“Next year it is going to be where we have various kaupapa each month that focus on the various rau of Te Punga Oranga our wellbeing model, one month pāpori (social), the next month tai ao (environment) and so on.”

“We have been working with takiwā to formulate the programme for next year so everyone has a voice.”