Scholarships make a difference for tauira 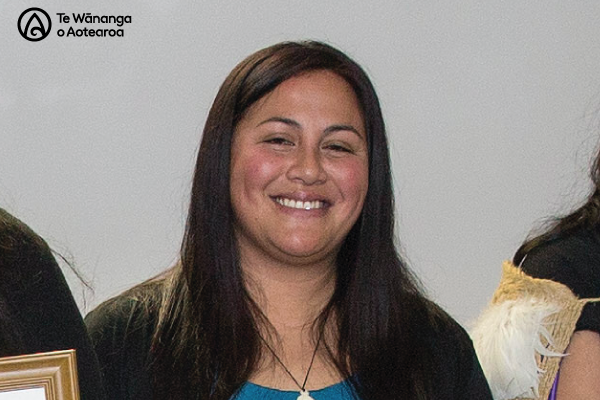 Maunga Kura Toi tauira Nina Paaka was one of the recipients and says the scholarship means a lot to her.

"I'm so very grateful for the scholarship, not only financially - obviously - but also for the opportunity to meet with other kairaranga. That's just priceless in itself," she says.

The 32-year-old is in her second year of study for a Bachelor of Māori Arts in raranga, after completing her Level 5 Diploma at the Porirua Campus under kaiako Kui Topia.

Nina - a qualified florist - was introduced to weaving by learning how to make putiputi three years ago. Little did she know how much the art-form would transform her.

"I remember Frank Topia, my first kaiako telling me that it was more than just weaving, it would change my life. And it's true. Mahi raranga has led me to so many things. A connection to my culture being one of them."

The Ngāti Porou, Ngāi Tuhoe mother of two was raised by her grandparents in Takapūwāhia, Porirua, and says even though her nan had tried to show her things as a child, she didn't pay much attention. "I guess I wasn't ready, but you find it when you're ready. It's definitely been a spiritual journey," she says.

"Raranga is a great lead in to things Māori. Usually people begin with the creative but soon they want to learn more about the language and the history. It's an awesome way to start learning about our culture."

"These students are great role models in the community, to their iwi and hapū and more importantly their whānau which are the driving force behind each and every one of them to make a difference in te ao Māori."