Wāhine on the road to success 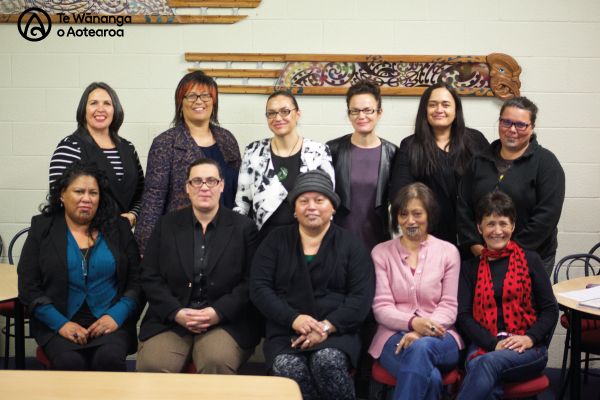 The three wāhine Tumu of Te Wānanga o Aotearoa are hitting the road with a series of hui they hope will connect, inspire and empower all women within our organisation.

Leesah, Keri and Tracey said the purpose of the series – a first for TWoA - was to create a whare where women within TWoA can consider their leadership journey and contribution within a safe, nurturing, supportive and reciprocal environment.

Leesah said the series, which began yesterday at Whirikoka, is an opportunity to create a network of empowered women, who are clear about the pathways and support structures available to them to succeed – both in their mahi and away from the workplace.

“We hope we can create an opportunity for women to get together, share stories and learn from each other and consider what their roles within our organisation might be and within their whānau, hapū, iwi and communities,” she said.

“There are some real hidden gems in our organisation, there are individuals who lead in varying roles and we are here to support  them - so it’s about reciprocity, them learning off us and us learning off these wāhine.”

Keri said the hui was for all wāhine within TWoA and not necessarily aimed at those holding leadership aspirations.

“This is an opportunity to gather together and to set up support systems, networks and to encourage wāhine within the organisation to think about what their future pathways might be,” she said.

At the governance level, on Te Mana Whakahaere, wāhine make up just a third of the members.

“Our Tumu team is under-represented by wāhine and even in an organisation like ours that has such a supportive environment for wāhine and development, we are still not cracking it at those levels, so what are we going to do about it?” said Keri.

Tracey said the series of hui were “not about Tracey, Leesah and Keri” and were reciprocal as the trio were eager to hear the stories of wāhine attending.

She said mentoring and coaching opportunities were big on the agenda and open to all involved in the programme.

“If somebody said to me in my 20s, Tracey you are a leader, I would have thought 'no way'. But just imagine where I would be now if I had been exposed to that kind of guidance back then. We need to find those gems within the group so we can say 'you have potential'!”

Keri said “we recognised that if we had had somebody who had seen some potential in us some time ago and was able to walk with us, then that would have been a great thing.”

“I’m not saying it would necessarily have changed things but if we had had someone who had seen some potential in us earlier in our careers and told us about opportunities that were coming, that would have been a really positive experience so that’s what we are trying to replicate.”

Leesah said they would share their own “very different stories that have common themes”.

“We want to be known just as Keri, Leesah, Tracey. We are as normal as everyone else; we have the same struggles and the same challenges and I’m okay with that.”

Te Whare Māreikura, which as of yesterday had seen almost 200 registrations lodged, runs until December.

Leesah said further developments with the programme were in store for next year depending on the feedback they receive from the series.

“In the registration of interest form we asked two key questions: what do you hope to get out of this kaupapa and what are your career and leadership goals?”

“We have read every single registration, it’s invigorated us.”