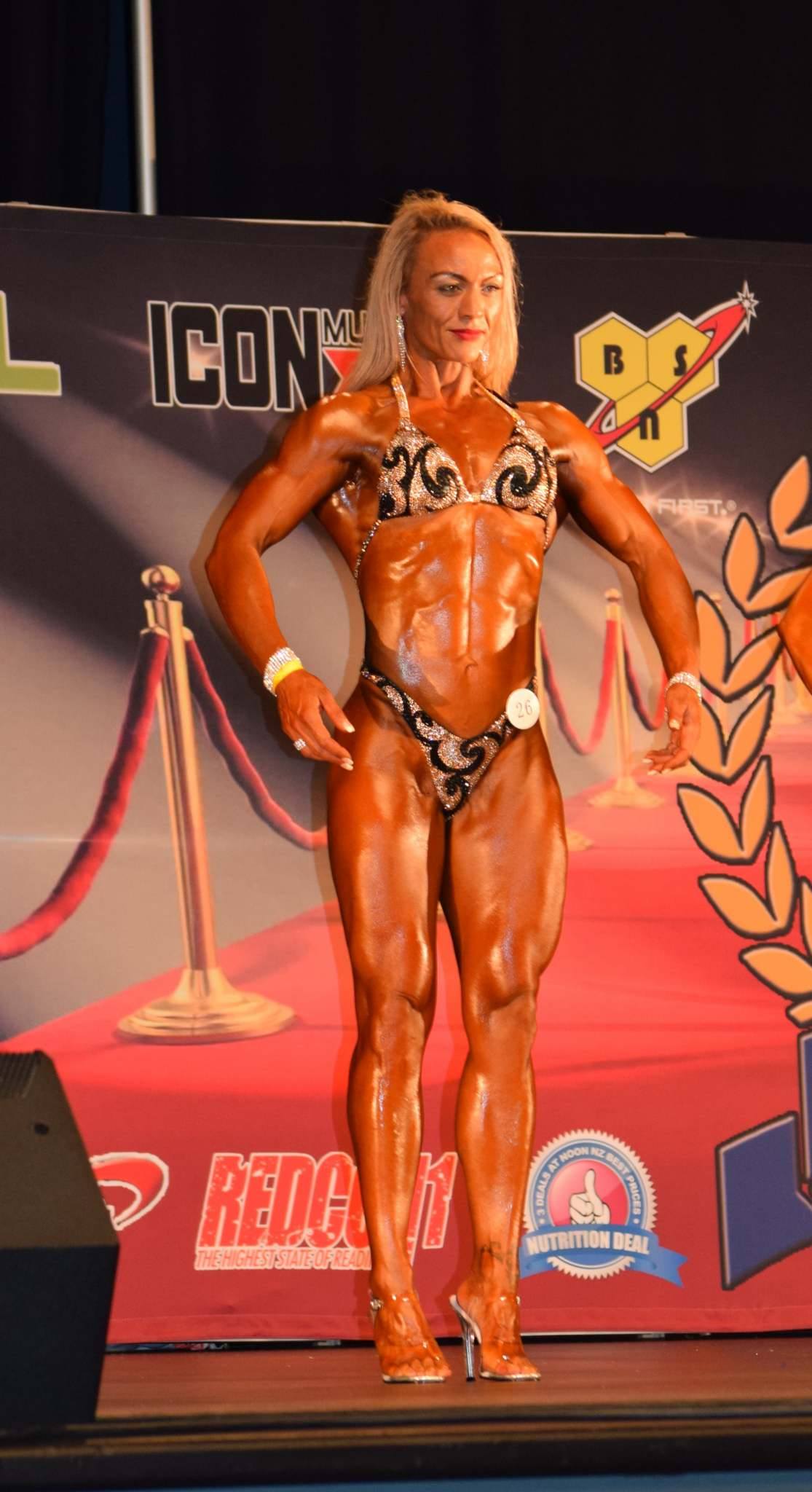 Janna O’Malley has some tough decisions to make in the next few weeks.

Last weekend the bodybuilding kaimahi took out two titles at the NZIFBB International Pro Am in Auckland – the Masters Over-35 Amateur and the Open Figure –meaning she has now qualified to join the ranks of professional bodybuilders.

It’s another step along the path to her ultimate dream of standing on the Olympia stage in Las Vegas in 2018.

With just one professional competition held in New Zealand, it means she’ll need to travel overseas to compete and dedicate even more to her sport than she already does.

“Now it becomes hugely more expensive and I need to look at sponsorship. Lots of pros are solely that, they don’t work, they simply do bodybuilding. I’m at a crossroads now. If I try to fulfil my dream, I probably can’t do both (work and train) and I’ve been at the wānanga a long, long time. I’ve got to make some big decisions. It’s not easy to do this stuff.”

Janna – National Programme Manager at Te Wānanga o Aotearoa – is relatively new to the world of bodybuilding but has made massive strides in less than four years in the sport.

Her first success came just nine months after she started training when she entered the NZIFBB Waikato Regional competition and took out the Waikato figure champ title at her first attempt.

The following week she finished fourth at the national champs. She followed that up with sixth at the Arnold Classic in Melbourne, against the best amateurs from around the world. She went on to win the NZIFBB Pro-Am champs for the overall figure title in Auckland and has now capped of a remarkable rise in the sport to qualify as a professional.

Even more remarkable is the fact Jenna and her bodybuilding brothers Kenny and Teina have been recognised as the first family in the world to have three family members qualify as professional bodybuilders.

“The head judge from Olympia made the comment that we’d made history,” she says.

“You don’t get to have two pro bodybuilders from one family, let alone three. I’m particularly happy for our mum, she’s been the backbone of everything we do.”

But Janna says her main focus is not winning titles or medals in competitions.

“Being able to inspire others, particularly mums, to do great things means more to me than any medals,” she says.

“There seems to be a mindset that when women become mums that’s it, but I don’t believe that. I believe we can take on anything.”