Catching up with Aoife 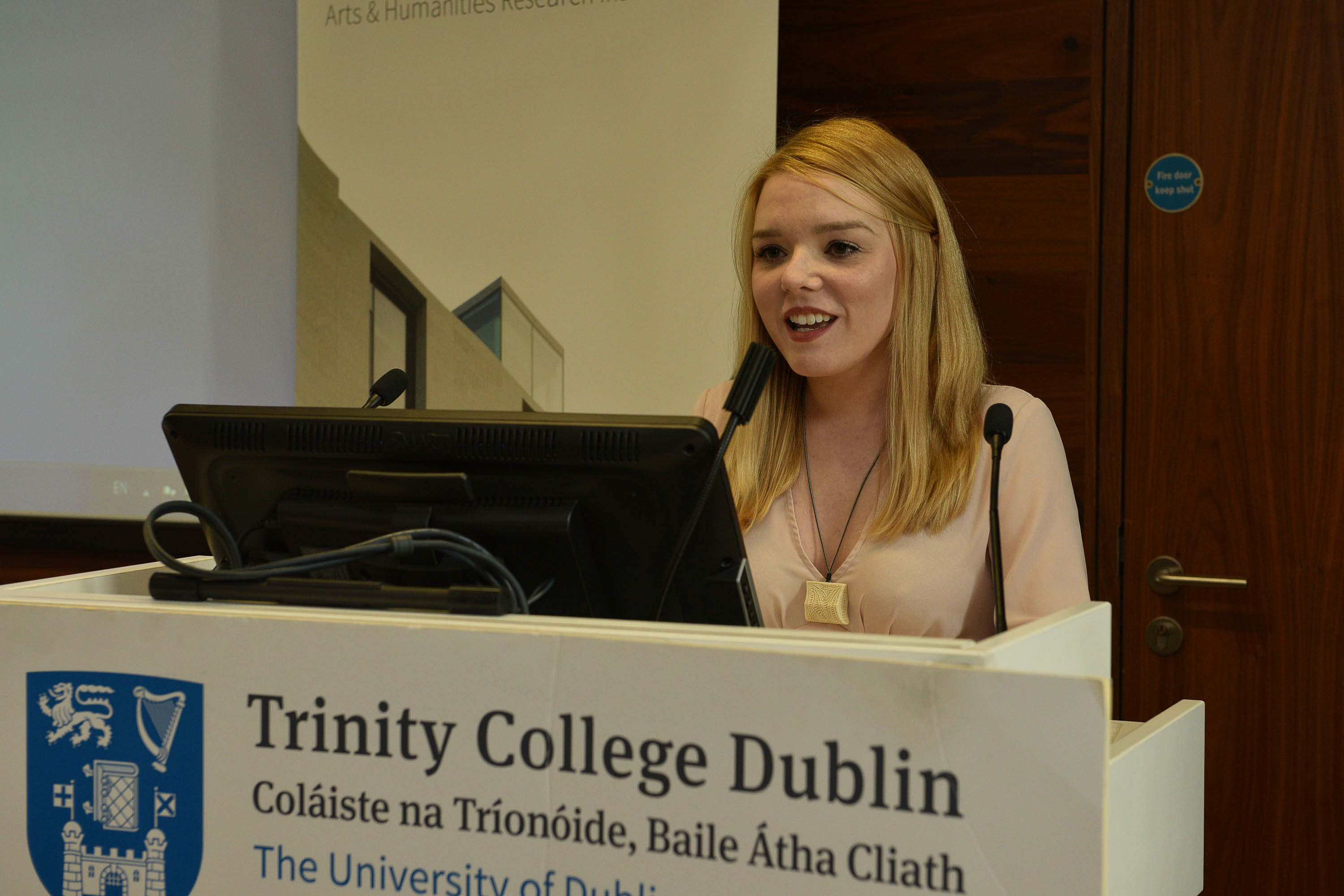 If you could bottle Irish scholar Aofie Finn’s passion for te reo Māori – you could have a remedy for stimulating Māori interest in the Māori language.

Aoife sits in the Gibson Hotel restaurant bar in Dublin, Ireland sipping on a glass of pinot noir reflecting on an epic day where her passion for linguistics and te reo Māori culminated with a delegation from Te Panekiretanga o te reo attending her beloved Trinity College and exchanging ideas about indigenous language revitalisation efforts.

The PhD student is humbled by the attendance of Te Panekiretanga and in particular, its director who recently received a Knighthood for his lifetime service to te reo Māori - Sir Tīmoti Kāretu.
“For me, it was like two of my worlds colliding in the most positive way. It felt very overwhelming and very surreal,” says Aoife.

“I have my colleagues in Trinity where we look at linguistics and syntax and I found a home in Trinity and a purpose but then very strangely  I went to Aotearoa, and I guess I fell in love with te reo Māori and the culture and I would say that I didn’t come home to Ireland complete because I left a little of my heart in New Zealand. But to have both of those worlds meet today was just fantastic.”

Seven years ago Aoife stumbled upon a Māori grammar book in a library in Ireland, and she was instantly hooked. Posting about her interest in te reo Māori on social media in early 2016  has seen her life change irrevocably and provided her with a focus on her studies and a purpose for her life.

She became a social media sensation in Aotearoa which triggered the mainstream media’s fascination with the Irish student’s love of the Māori language resulting in Aoife appearing on mainstream television, newspapers, radio and online.

Aoife’s reo has improved over the past 12 months. She watches Māori Television programme Opaki hosted by Pania Papa online  and reads Scotty Morrison’s latest book to help people learn Māori but having no one to speak Māori face to face on a daily basis hasn’t helped her pronunciation and seen her turn to social media for support.

“The thing that pushes me the most is like when someone comes on to me on Facebook or Twitter and says something in Māori and I don’t know what they are saying like Paraone, and then I go away and look it up.”

While once she had a closed social media network of about 50 people that involved her whānau and close friends Aoife has more than two thousand followers which grow day by day on Facebook, Twitter and Instagram.

Facebook follower Troy Stewart, from Whakatane, posted online that Aoife’s is an inspiration.

“Love watching your journey Aoife! You inspire me to delve deeper into my own whakapapa and history. #BLESSED.”

Aoife will complete requirements for a PhD in August and is currently lecturing syntax to undergraduate students – her future will either lie at Trinity College or in the private research sector.

But one thing is for sure. She’s committed to becoming fluent in te reo Māori to show people that you can learn Māori if you really want to.

“I would like to someday to sit down and do this interview in te reo Māori. And I want to show people it can be done. I don’t know if it’s realistic, but I am going to have a crack at it. I want to say 'look I can do it and it can be done from the other side of the world'.”