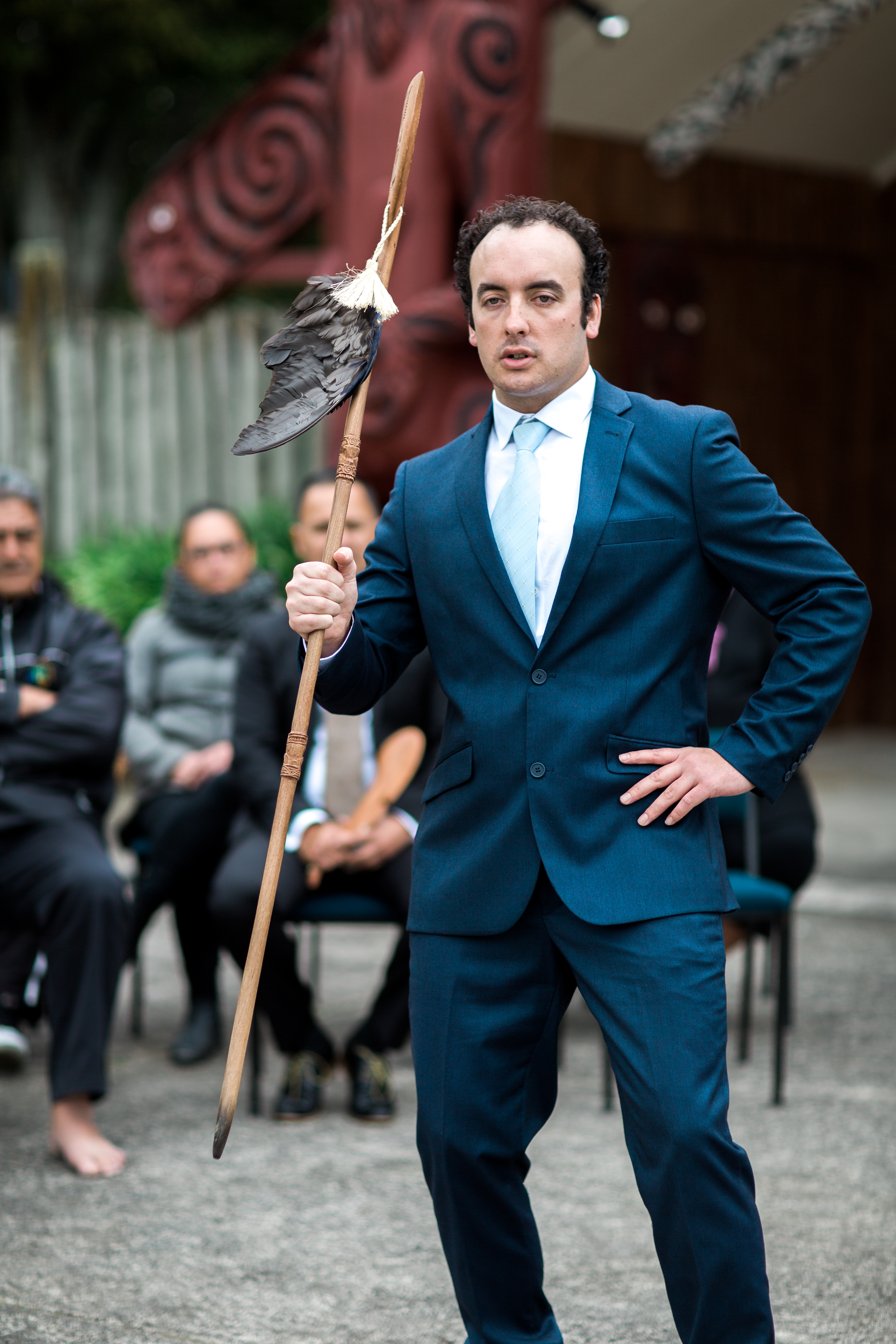 Three Te Wānanga o Aotearoa kaimahi are in Belgium to retrace the steps of hundreds of First World War soldiers who died in one of the bloodiest days of fighting in New Zealand’s post colonial history.

Rutene Gabel, his father and Te Mana Whakahaere member Robert Gabel and Parekura Collins will today commemorate one of the darkest chapters in New Zealand history in Belgium.

The trio are in the Belgian town of Ieper as part of a Toi Māori and New Zealand Ministry of Foreign Affairs and Trade delegation in the commemoration ceremony at the First World War monument, the Menin Gate.

Today (October 11) marks 100 years when 800 New Zealand Division soldiers died on the battlefield of nearby Passchendaele to gain just 500 metres of ground.

The battle at Passchendaele remains the worst disaster in New Zealand’s post colonial history in terms of lives lost in a single day.

The kaihoe waka will continue their relationship with crew members of the Njord Royal Rowing Club from Leiden, Netherlands as they paddle their waka Te Hono ki Aotearoa at a centennial commemoration and special New Zealand-themed last post at the Menin Gate Memorial at Ieper (Ypres), Belgium.

“We’re launching the waka on the river and paddling towards to the Menin Gate. There will be a karanga to welcome us, as a form of kawe wairua for our tūpuna who fought and died there,” says Rutene, who is Lead Vocational & Youth Guarantee.

“We’ll also attend the opening of a Ngā Pua Mahara – a poppy garden to commemorate New Zealand soldiers who fought and died in Belgium.”

The people of Ieper have never forgotten the contributions of New Zealand soldiers who fought alongside Australians, British and Canadians in the small Belgian town in World War One.

The people of Ieper have expressed their gratitude to these soldiers and other countries who fought alongside them with a daily sounding of the Last Post at Menin Gate.

This tradition started on November 11, 1929 and with the exception of the four years (1940 – 1944) when the town was occupied by the Germans during WW2 it has happened every night since.

“It’s quite amazing to see they still hold these ceremonies and they do take their links with New Zealand seriously. Throughout the whole area there are cemeteries and memorials to the war” says Rutene.

“The locals take their role as caretakers of the area, to ensure the sacrifice of others is never forgotten.”

Rutene said the trip to Belgium was significant for the kaihoe waka, many of whom had whakapapa links to the Pioneer Māori Battalion who were involved in the campaign in Belgium.

“Initially they did not serve as soldiers, but worked instead as engineers and built roads and trenches”

“The Pioneer Battalion were eventually called upon to fight, firstly at night and then in the trenches alongside the other soldiers. This was towards then end of the war”

“Many of our group have whakapapa links to members of the Pioneer Battalion who fought and served there, which is very special”