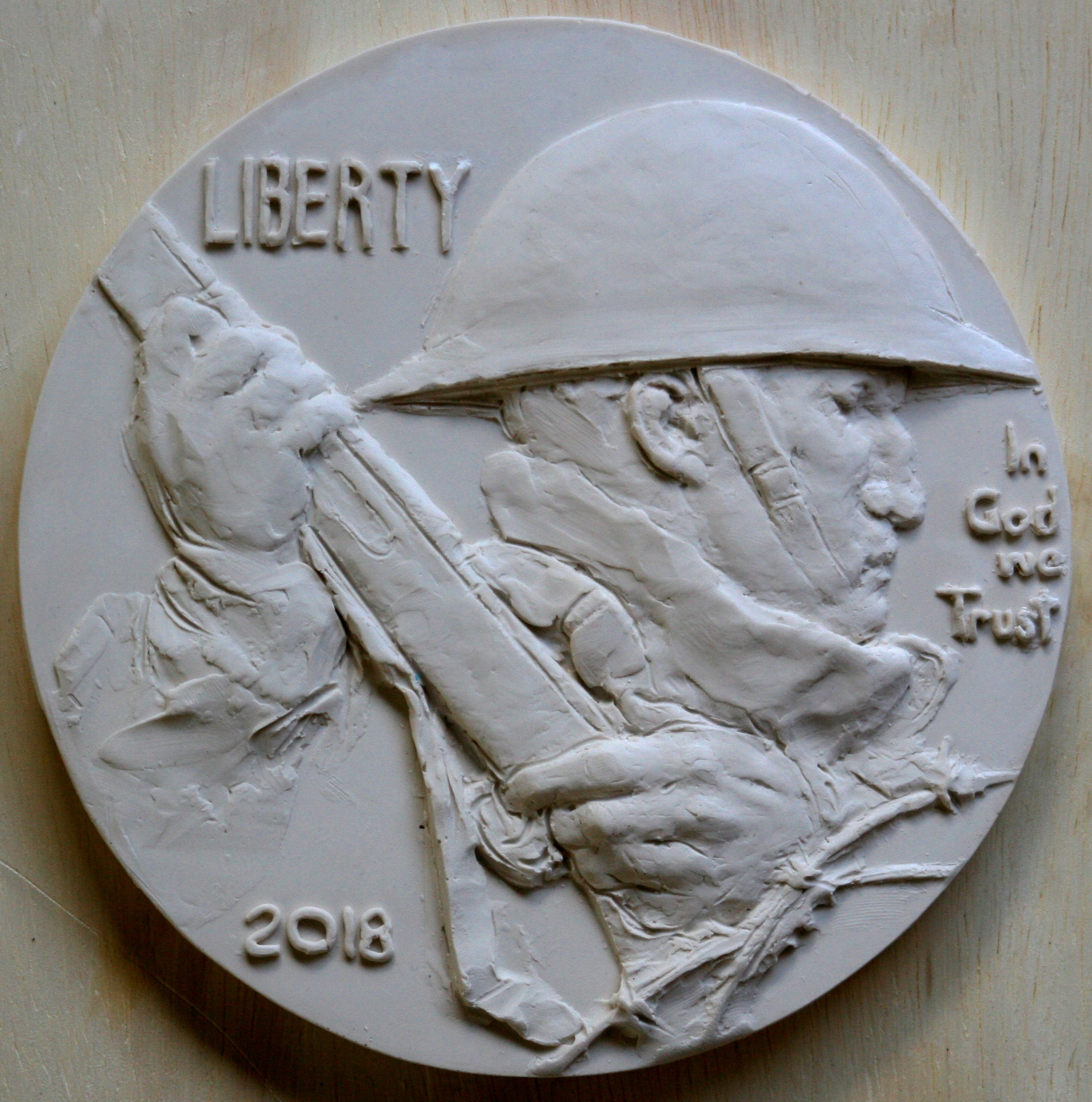 As a boy, sculptor LeRoy Transfield used to draw soldiers in his school exercise books.

Now his coin design commemorating the 100th anniversary of American soldiers who fought in World War 1 has landed him a major prize.

The former Te Wānanga o Aotearoa kaimahi, who taught arts in Te Awamutu in the 1990s, had his coin designs picked out of 20 finalists in a US Mint-run competition for designs to be chosen for a WWI centennial silver dollar.

His design features a Māori-looking soldier holding a rifle, with the words “Liberty”, “In God We Trust” and the dates 1918-2018.

On the reverse, poppies are tangled in barbed wire, with the words "United States of America'', "One Dollar'' and "E Pluribus Unum'' (Out of Many, One).

LeRoy won $10,000 for his winning design and $1000 for becoming a finalist. On November 28 he will travel to Philadelphia for the first strike ceremony where the first of his designed coins – at least 350,000 of them – will be made.

“I’m supposed to give a speech,” said LeRoy.

“I think there will be important military and civil leaders like the Treasury Secretary, the director of the US Mint and officials from the USA Centennial Committee on World War One. I would like to stand on the steps of the Mint, with my medal around my neck, and do the haka.”

For Lower Hutt-raised LeRoy (Ngai Tahu, Ngāti Toa) his labour of love was also about remembering his own whānau ties to the two world wars.

“My dad is a mixture of Eastern European, Russian, Ukrainian,  Latvian, and maybe German or Prussian. My grandfather got swallowed up in World War Two and was required to join the German army and served as a forward radio operator/listener because he spoke six languages.  He died a prisoner of war in a Russian prison camp in Lithuania in 1945.”

LeRoy, who has lived in the USA since 1995 where he is married and has raised his five children, originally left Aotearoa for Provo, Utah.

“I had applied to Brigham Young University from New Zealand and thought I should be able to get in, no worries.”

“So we left before getting the word. When I arrived at BYU they said they didn’t want me. It was shocking to me at first but I picked myself up.  I decided to open my own studio and become a professional artist.”