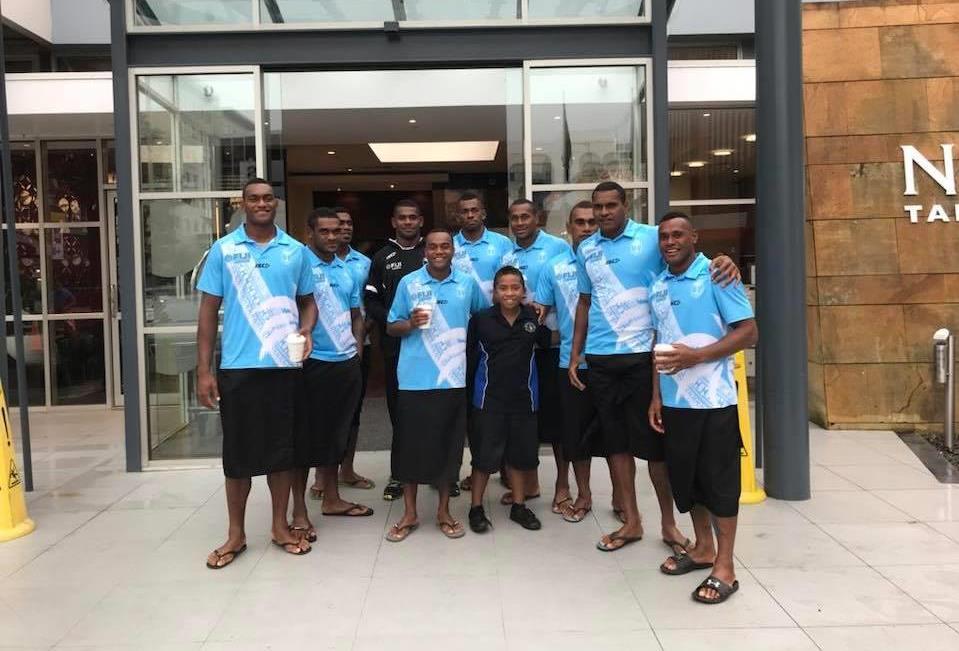 Along with claiming the trophy for winning the inaugural Hamilton Sevens last week, the Fiji team also had some extra luggage to take home, thanks to Te Wānanga o Aotearoa kaimahi.

Kaiwhakarite Matua Messina Waitaci says the players – considered by many people the rock stars of the Sevens world – are often from rural villages where many people struggle to make ends meet.

“The cost of living is as high as New Zealand but they earn only one or two dollars an hour,” she says.

“They basically live off the land, and clothes are expensive there.”

So Messina organised a collection of used clothing from Te Puna Mātauranga kaimahi and ended up with more than 20 big bags of clothes for the players to take home with them.

The players had a 32kg baggage allowance each so she bought bags for them all to fill with donated clothes.

Kids’ rugby boots and women’s shoes – for the players’ girlfriends - proved the most popular finds, she says.

Messina has since spoken to whānau in Fiji and says they were overwhelmed with the generosity of those who donated the clothes.

“Families there love and really appreciate the donated clothing.”

It’s not the first time Messina has organised for clothing to be sent to Fiji, and it won’t be the last.

She has previously sent school sports uniforms over and every time she goes to Fiji, she takes as much clothing as she can.

Messina’s son Ekaki’s whānau is from the village of Vatukarasa and his uncle Ratu Josua Vakurinabili played in Hamilton last week.

Seeing someone from his village in Hamilton brought the rugby star to tears, Messina says.

“Josua took my son around, trying to spend as much time with his nephew as possible. Seeing the generosity from us Kiwis made him so happy.”

Soon after the team headed home, Messina was receiving messages and photos from Fiji of people wearing the donated clothes.

Messina says anyone heading to Fiji should consider taking unwanted clothing and donating them to local villages.

The most popular items include baby, children’s and women’s clothing and rugby or netball clothing.