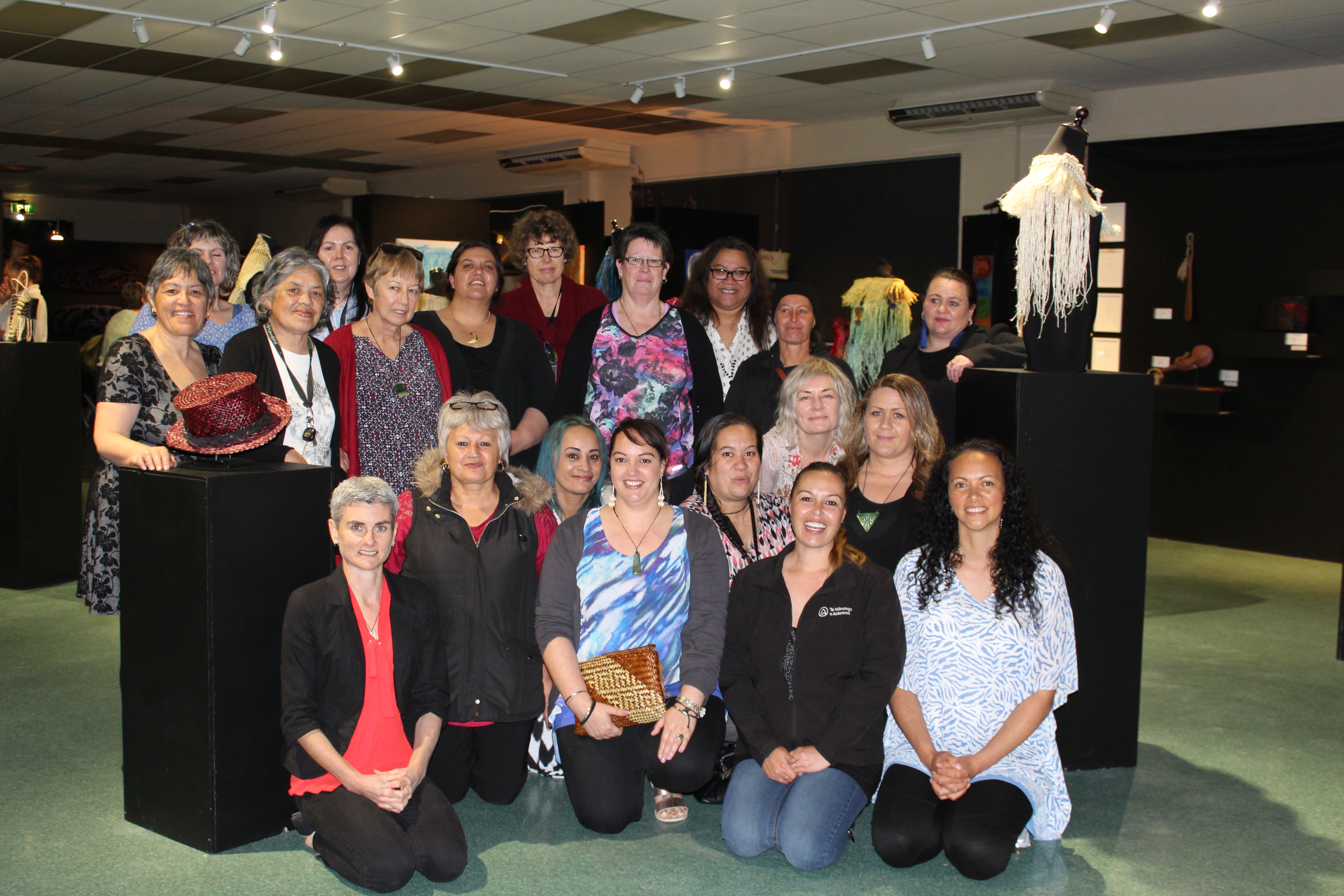 A group of first-time museum exhibitors from Whirikoka will see their exhibition nominated at the Aotearoa Museum Awards.

Tauira from the Kāwai Raupapa Level 4 and Toi Paematua Level 5 programmes had their works featured at the recent Kete Puāwai - Basket of Evolution exhibition at the Tairāwhiti Museum.

Their exhibition was a display of their contemporary work including kākahu, whāriki and kete that stood alongside the museum’s collections of taonga.

Kete Puāwai Basket of Evolution was so well-received that it is now nominated in the Exhibition Excellence - Taonga Māori category in the 2018 New Zealand Museum Awards.

Erin Rauna, Whirikoka kaiako for Kāwai Raupapa and Toi Paematua, said her tauira were thrilled that the recognition of their exhibition would feature at the awards, which will be held in Christchurch on May 20.

They were also honoured to work alongside museum staff who allowed them to view the collection of taonga before inviting them to exhibit.

“We were very fortunate that we were contacted and invited into the museum to view taonga in the archives. From that visit our tauira created their own pieces incorporating elements inspired by these beautiful taonga,” said Erin.

“We were then able to exhibit alongside these taonga, which was an absolute privilege in doing this.”

The exhibition was divided in to three sections.

Taonga displayed in He Kura Ranga Wairua section were selected from the museum collection by the tauira as those that had most inspired their mahi.

In Toimatapu each tauira kairaranga presented their toi alongside a biography and text explaining their raranga journey.

And Rukutia te rau o Hunā focused on weaving materials, functions and tools and included muka and harakeke samples that manuhiri could touch.