Who the cap fit 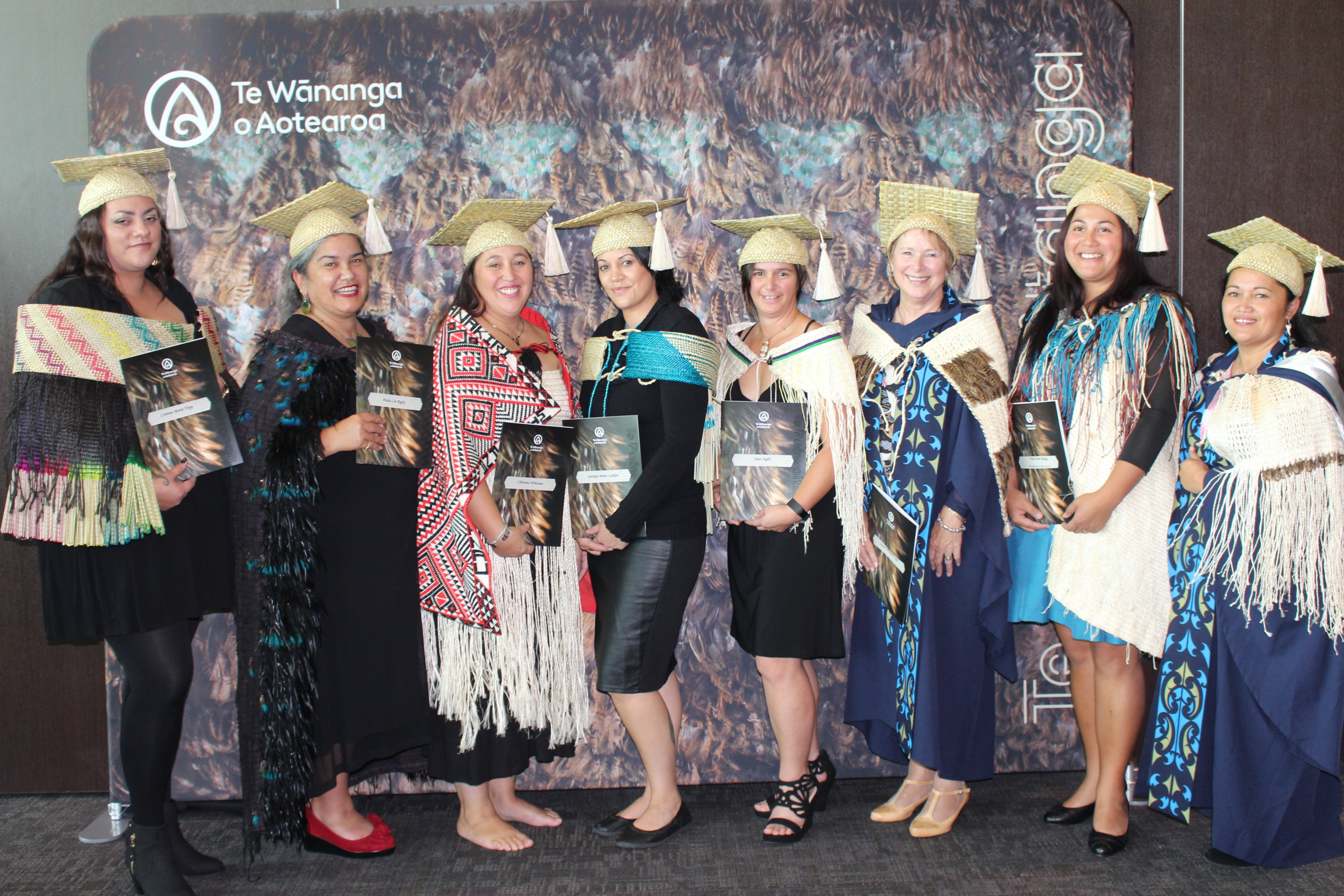 Adrienne Spratt may have just made a whole lot more work for herself.

The Papaioea kaiako surprised her Maunga Kura Toi – Raranga tauira at their recent graduation by capping them with hand woven trenchers, rather than the traditional academic cap.

Creating a woven trencher was something Adrienne had thought about for years but never got around to doing anything about.

“This year I was questioned by my tauira about whether they had to wear the gowns. They wanted to wear their own kākahu. That was something I’d thought about too. I’ve been through all these graduations over the years and a couple of years ago I thought about the process of being a Māori organisation and using this western regalia.”

She carried out some rangahau on capping and learned the gowns and hoods were not compulsory for graduation. She also questioned whether the trencher used at graduation had to be the traditional variety, with a four-sided flat top and tassel in the middle.

Adrienne had to create a prototype woven trencher and have it approved by Te Puna Mātauranga before it was allowed to be used in the recent Papaioea graduation.

Her tauira had no idea they would be capped in such a unique way and “they were all blown away,” she says.

Adrienne’s design for this trencher is quite unique, with nothing like it seen before.

“Whilst on annual leave over the Christmas break many ideas were circling in my head and my hands were itching to have a play with this idea. It took a bit of working out to create them but I came up with a plan and it all fell together. It takes me about six hours to make one. I made one for each of my students because they were such an awesome group of wāhine.”

She says the unique pōtae created quite a reaction at graduation and while she’s not sure if she’ll be making trenchers for her next class, she’d be happy if they became the standard for degree level graduations throughout Te Wānanga o Aotearoa.

“It was a point of difference and quite a cool way to acknowledge our tauira - particularly our raranga tauira.”