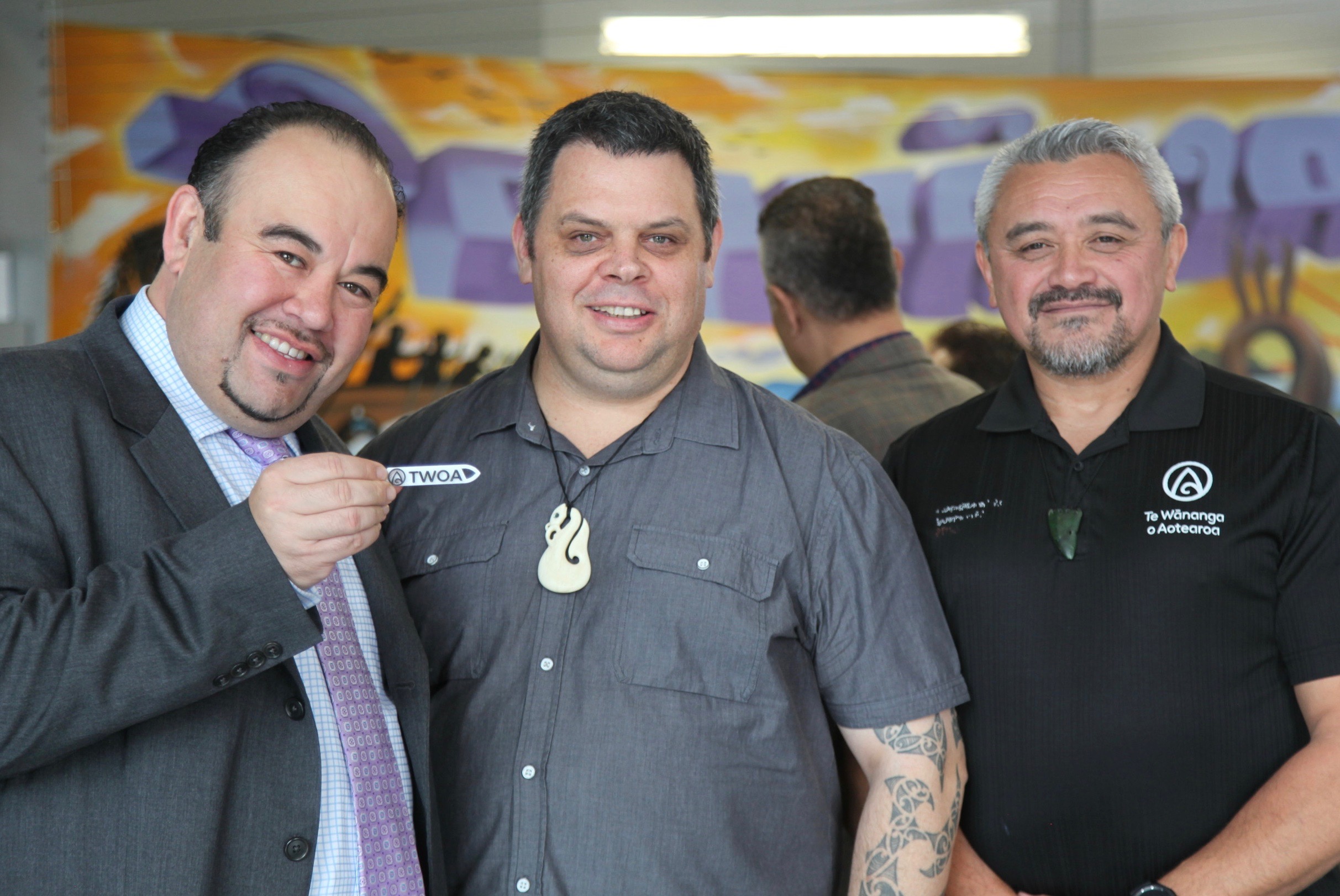 The announcement was made last week, during the official opening of the first Innovation Hub at Māngere Campus, under the guidance of Kane Milne.

Although the physical space for the hub used to be known as the “fishbowl” it will now be known as Ngā Hau Whakaaro, within Te Toi o Tua.

“I think most people will still refer to us as ‘The Hub’ for quite some time, which is fine, although I'll be greeting people to Ngā Hau Whakaaro from now on,” Kane says.

“Our rangatahi worked to find a name that spoke to who we are as indigenous innovators. They realised we used the power of the wind to carry us across the Pacific and to carry our voices, so after kōrero with our kaumātua we found Ngā Hau Whakaaro – the winds that bring new ideas.”

Poutiaki Paraone Gloyne worked with Kane to create the name Te Toi o Tua and what stood out was Kane saying he wanted to empower people’s imaginations.

“Innovation isn’t new to us.  Our tupuna had to be innovators, from the time Tāne said ‘hey it’s too dark in here, we’re going to let some light in’. So we've had that in us, always striving to imagine beyond the impossible and realise what might be invisible today will be a reality tomorrow.”

Paraone says 'Te Toi' means to strive for excellence, it also means pinnacle, indigenous or native, while 'O Tua' speaks about thinking or carrying ourselves to always better the tomorrow.

“Coming up with names or kupu is quite a big wānanga,” Paraone says.

“You can whakamāori, do a literal translation or you can take the values of that particular word or a mix of both, but when you make up a name you have to be sure.”

He says Te Wānanga o Aotearoa is an example of that, when the late Te Arikinui Dame Te Atairangikaahu brought in rangatira from across the motu to agree on the name.

“I think for me what this is all about is providing opportunity for creativity to be unleashed within our whānau. This is important for us because it gives us a sense of direction of where our wānanga is heading.”

He also congratulated Kane for the transformative change that is taking shape throughout Te Wānanga o Aotearoa.

“Technology is important, our culture is important as well, but most importantly the creativity, I think that’s something we take firm grasp of, the fact that we should always be aiming to achieve the very best that we possibly can do.”