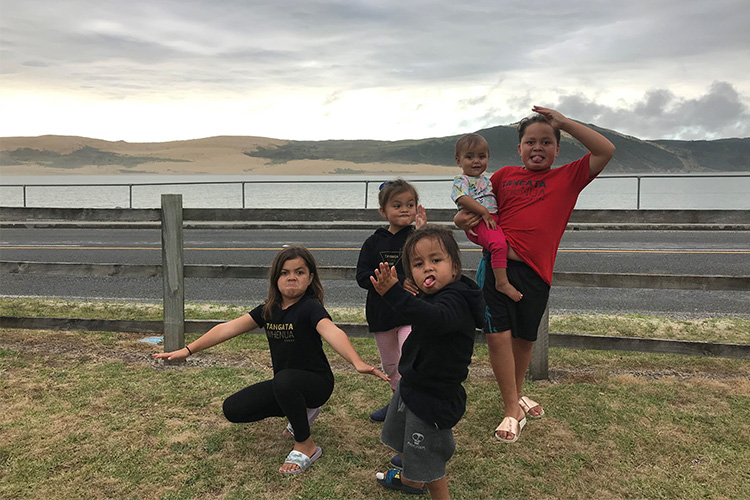 When Te Wairua Smith asked her kids to help host karakia for Te Wānanga o Aotearoa on zoom during lockdown, they didn’t bat an eyelid.

“They just said ‘oh, cool’. They thought nothing of it,” she says.

Like Te Wairua, her five children - Tuhoronuku, 9, Taiahoaho, 8, Ohomairangi, 7, Te Kohuroa, 4, and Te Aumarire, 1 – have grown up with te reo and tikanga Māori as part of their everyday lives.

Te Wairua - administrator at the Kaikohe campus of Te Wānanga o Aotearoa - says the benefits of growing up with tikanga and te reo are obvious for her whānau and that knowledge will lead them in the right direction, she says.

“The kids are confident and lead by example,” she says.

“They’re not shy kids, they’re confident in who they are and they have a deep connection with where they are from. We run a community te reo class and the kids are at the forefront of that.”

While Te Wairua acknowledges that not everyone was able to grow up with te reo me ngā tikanga as part of their lives, “it’s never too late to learn”.

“That’s one of the key messages.”

Ultimately, Te Wairua says, using te reo and tikanga Māori should be seen as just a normal part of life in Aotearoa.

“Until we stop congratulating Māori for speaking Māori, were not going to make much progress.”

“It should be just a normal thing but I encourage everyone to start having the conversation.”