Sounds of healing and connection 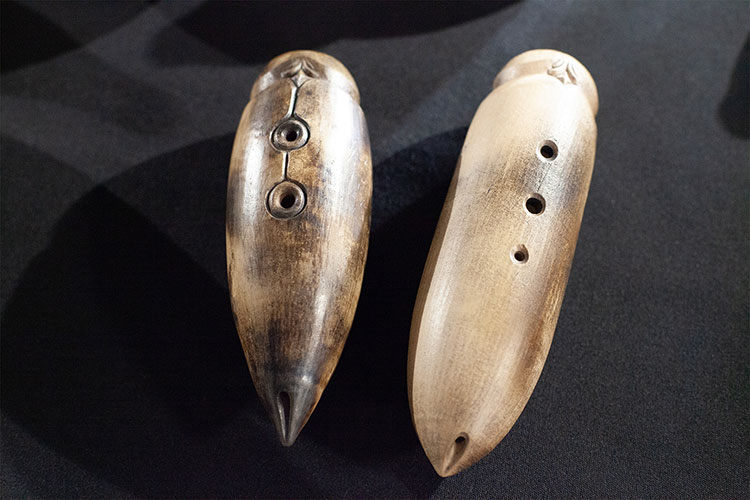 Keil Caskey has been moulding a new generation of traditional Māori musical instruments by using uku (clay) to create them.

The sounds these very attractive and well-made instruments make, he says, can help with healing on many levels and create connections with our tūpuna (ancestors).

“I’m applying indigenous philosophy to the ideas around using sound for healing on various levels,” says Wellington-based Keil, who has recently spoken on uku instruments as part of his He Waka Hiringa (Master of Applied Indigenous Knowledge) degree presentation at Te Wānanga o Aotearoa in Hamilton.

His development of ngā taonga pūoro uku (clay musical instruments) follows on from a revival of interest in traditional instruments in the 1980s and also a revival of kaihanga uku (pottery) in the Far North during this time as well.

He started looking at how uku could be applied in non-traditional ways here and developed clay versions of Māori instruments usually created from the likes of wood, hue (gourds) and whale tooth.

The instruments he’s produced from uku (followed by their traditional material) include: Keil, who has spoken and exhibited extensively in New Zealand and overseas, says his work on sound and its vibrations explores the wider relationship between people and the universe.

It also looks at developing “new sound techniques to assist with healing, both physical and psychological”.