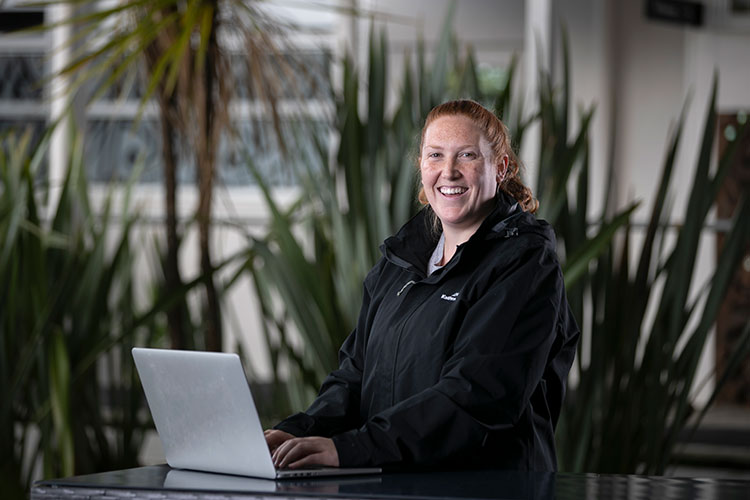 Krystal – Ngāti Wai - has been learning te reo for several years but in 2020 she enrolled in the Level 3 Te Whāinga o te Ao Tikanga programme at the Whangārei campus of Te Wānanga o Aotearoa.

She says it complements her other studies and work, where she helps run te reo programmes using the Te Ataarangi method of learning.

“We’re learning a lot about atua Māori and that’s what attracted me initially,” she says.

The course gives students the foundations of understanding what tikanga is, why it exists, and how it manifests itself in practice.

Krystal says the course has taught her valuable skills which she is putting to use.

“I used a waiata taught through the programme at a hui I attended last week,” she says.

“I've enjoyed learning mōteatea and waiata from Te Tai Tokerau as well as our kawa on the marae compared to other iwi. For example, we don’t have kaikaranga who karanga back to the hau kainga, instead, a male does waerea.”

She says the course is ideal for anyone who wants to learn more about themselves or who is on the mātauranga Māori learning journey.

For Krystal, that’s a journey that really began when she felt the pull of home and returned from Australia.

“I was there for about four years and it was great but I think just self-identity wise it was a hard place.”

She says the tikanga programme has been a great way to boost her knowledge, even though there are not many te reo speakers in her class.

“I just want to be surrounded in full-immersion classes so that’s been hard,” she says.

“And I’m always scared about making mistakes, that’s the hardest thing. But I’ve learnt so much more about myself and I think I see things differently now as well.”

On returning to Aotearoa Krystal enrolled in a full time total immersion te reo programme in Auckland and has continued learning the language ever since.

However, she says there’s still a long way to go as te reo Māori isn’t something she grew up with.

“My nana, she would kōrero with us but not my dad, the old generation you know. When I talk to my whānau, even my brothers, they struggle but I encourage them to learn because you’ll learn so much more about yourself and where we come from.”

Having a young daughter has proved a bonus on her reo journey.

“It’s only me in my whānau that speaks te reo so I do speak reo Māori only to my daughter. And I’ve learned to not just force it upon my whānau. Now I just use kupu or sentences, like the other night my brother ended up saying ‘pō marie’ and that’s a huge tick for me. And same with my partner as well, he understands a lot of what I’m saying as well so I just think, don’t force it.”

Find out more about out tikanga Māori programmes.