Encouraging the next generation of police officers 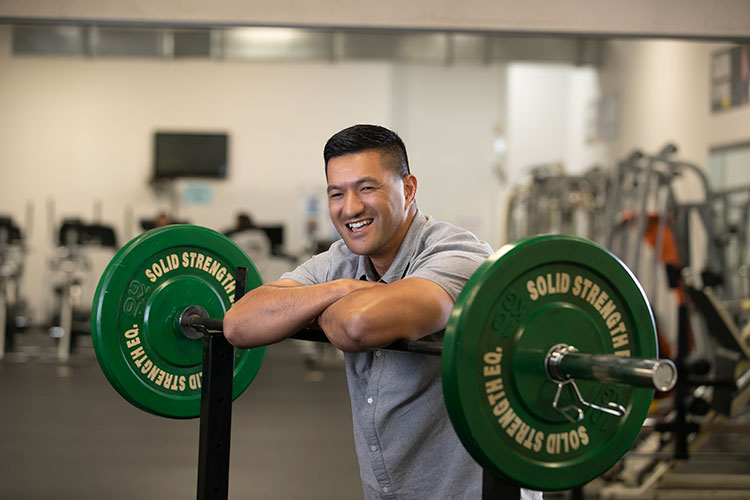 Alaia Salatielu always wanted to be a police officer but when he left school, he thought a bit of life experience would help him achieve that goal.

But it was his wife who gave him the push he needed to focus on his future career.

“As you’re finishing school, you’re not really sure what you want to do, you’re still a bit lost. Eventually I got jobs here and there and then my wife told me it was time to settle down and get a career, something that’s stable, something that I’d enjoy so I joined the force,” he says.

To prepare for the Police Recruitment process, Alaia enrolled in the NZ Certificate in Study and Career Preparation (Police Preparation) course at Te Wānanga o Aotearoa in Māngere and says it opened his eyes to a new way of learning.

“It’s good when you have really good tutors, you can build that rapport with them, you become closer than just tutor and student. It’s not like uni or school where teachers tell you this and that. It’s more a sense that they care about where you’re going and they’ll help you as best they can. They did everything they can to help us,” he says.

“In saying that, you still needed to do the work. People think it’s easy but the reality is you’ve got to do the hard work.”

And you have to persevere, even when you don’t get accepted the first time.

“I falied the verbal part of the application the first time and got stood down for three months. Then I had another go and got through.”

Six years later, he’s now an acting sergeant in the Neighbourhood Policing Team in Māngere, the same area he grew up in.

“When I was going through the process they did ask if you want to police where you live. I thought why not, it all comes back to treating everyone the same. You don’t want to forget where you came from.”

And he’s committed to encouraging the next group of prospective police officers achieve their dreams through Te Wānanga o Aotearoa.

“One of the things I do is always come back here to train with the class to give them some motivation or any help that they need, just got to give them the extra push, that sense of direction,” he says.

“When I was on the course, there were other cops that came back and they were training with us, giving us inspirational talks and I thought, ‘man if they can do it, why can’t I do it’.

He also recommends the course to people he speaks to who express an interest in becoming police officers.

“I talk to a lot of people and I always tell them about Te Wānanga o Aotearoa if they say they’re wanting to join the police. Then I tell the tutors and let them know about this person. The majority of people that I tell to come here, they do come here and now they’re cops,” he says.

Being a local and being in uniform means people listen to what he has to say.

“When you’re sharing with them, they can see that you’re on the level, they’ll believe you more. I share the struggles and stuff and tell them it’s not going to be easy but where there’s a will there’s a way.”

Find our more about our Professional Skills and Trades programmes.