Connecting with whakapapa through weaving 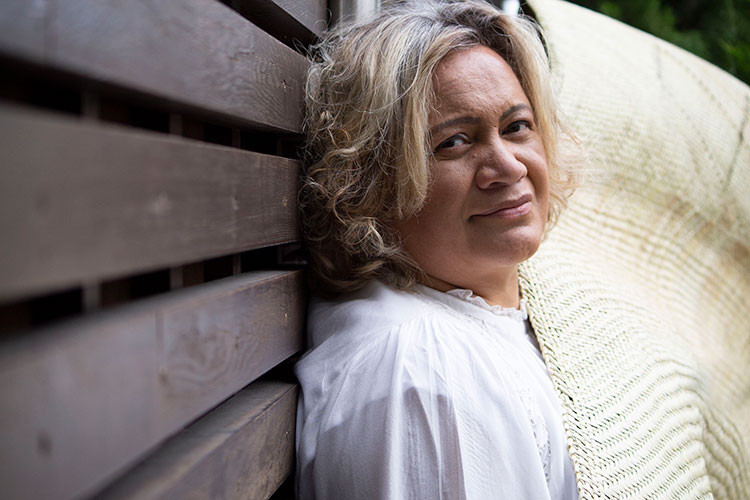 For Alberta Harmer, studying raranga (weaving) at Te Wānanga o Aotearoa (TWoA) has become a journey of both learning the art and more about her whakapapa.

The 52-year-old has always had a passion for creativity, but raranga has also given her the opportunity to connect more with her whakapapa.

“It’s been a beautiful journey because it has enabled me to do rangahau around my whakapapa. A lot of my kaupapa has been whakapapa based,” says Alberta who will soon complete her Bachelor of Māori Art Level 7 (Raranga).

Alberta has been weaving throughout the year creating a rā (sail) that is based on a pūrākau (legend) within her iwi, Ngāti Kahungunu ki Wairarapa, about a rockface called Kupe’s sail in Palliser Bay.

“The korero is that Kupe and his friend, Ngake rested there and decided to have a competition to see who could create the fastest sail. Kupe laid his against the rocks and there it remains.”

The Hamilton local knew she was challenging herself when she decided to weave a sail in under a year, but the support from her whānau, kaiako and fellow tauira have kept her motivated.

The journey of learning raranga is one that Alberta believes is best to do alongside others and never alone, so when she was unable to attend classes due to Covid restrictions she got her husband involved.

“I think it’s important that your whānau come on your journey with you. I thought I can’t do this on my own, so I brought my husband on board and once I taught him he was faster than me.”

Alberta plans to take her completed rā back home to Kohunui marae, where she will have it blessed and hopefully talk more about the story of Kupe and his sail with her whānau.

“It’s funny how it’s eventuated and it’s not just about weaving something, but it’s been about weaving whakapapa and being able to give back to my whānau through raranga.”

Find out more about our Toi Māori (Arts) programmes.