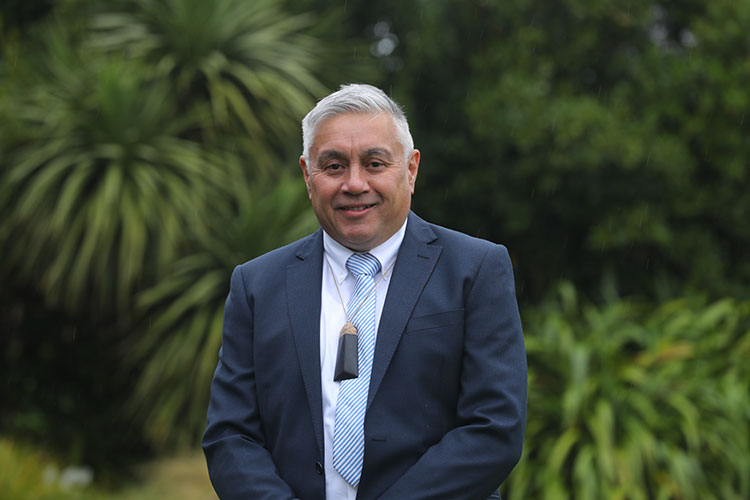 Learning the poetic Māori language and understanding tikanga Māori is an important part of being a New Zealander, says Nick Chin.

Nick, who has Chinese and Irish ancestry, started learning te Reo Māori at Te Wānanga o Aotearoa in Blenheim, where he studied He Pī Ka Pao, an introductory course to the Māori language.

Nick says learning te Reo Māori was important for his mahi (work) in his former role as general manager of the Rangitāne Cultural Centre, helping him to better understand what was being said during mihi and while at tangihanga and other events where reo is spoken and tikanga is observed.

“I really had not been exposed to the reo or tikanga at all when I landed the job as general manager so it was something I needed to understand,” he says.

“It had been a lifelong ambition for me to learn te reo and tikanga, the reason for that was I had always found it was a beautiful language to listen to.”

“The more I understood it (te reo Māori) the more I realised there were so many layers, it was very poetic and multi-layered.”

Nick, who now works for the Tasman District Council as an enterprise manager, says understanding te reo me ngā tikanga Māori is a part of being in this land.

“Most importantly you see this with Kiwis overseas and you see them having a go at reo overseas because they don’t want to be identified as Australians.”

He encourages people new to the language to focus on pronunciation, which he believes is the most important thing when learning.

“I think it shows respect for the language and the culture.”

Nick says his learning at Te Wānanga o Aotearoa has been more like a social event and one he encourages others to undertake, although this comes with a warning he laughs.

“The final lesson I guess with the learning process at Te Wānanga o Aotearoa was to be yourself and enjoy your classes.”

“It really helps, I had a bond with the other tauira (students) as well. I also didn’t expect to put on so much weight.”

Find out more about our Te Reo Māori and Tikanga Māori programmes.