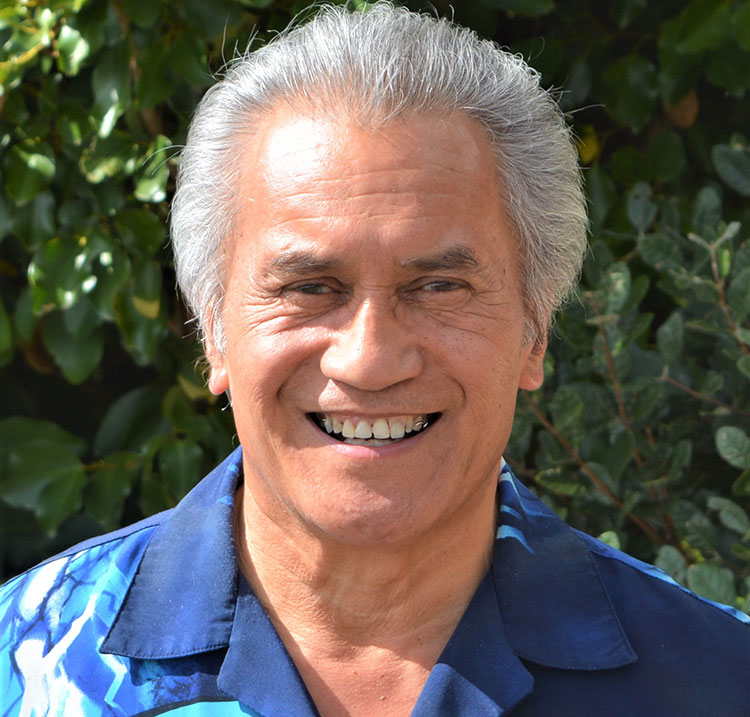 He received the Ngā Tohu Hautūtanga Auaha Toi - Making a Difference Award, which “celebrates and honours your leadership and outstanding contribution to the development of new directions in Māori art”.

Kereti - nō Tainui, Te Arawa - was first enticed to Te Wānanga o Aotearoa more than 25 years ago by Dr Rongo Wetere and Master Carver, Mac Bell and has previously served on the board of Te Waka Toi.

“I was on Te Waka Toi for six years handing out the awards, so it’s great to now be on the receiving side,” he says.

“While I’m a bit shy to talk about this, I must always pay tribute to my mentors, Dr Paki Harrison, Prof. Wharehuia Milroy and of course, Prof. Napi Waaka. The legacy of those Tohunga still inspire me to keep fanning the spark to blaze in people, to optimise the potential that I see in others.”

Even after decades working with tauira and kaiako, Kereti continues to be inspired by seeing them succeed.

“I still get a massive buzz, when I get an invitation, to share the macro and micro picture. Too often we end up stuck on the detail and lose sight of the essence or big picture. I love it, I get uplifted, just to extend someone else’s view that little bit more,” he says.

“Otherwise what a waste of a life, if you haven’t inspired, uplifted or enhanced the wairua of others. To inspire, you must be inspired yourself.”

In line with the name of his award, Kereti is confident he has made a difference over the years. At a recent interview, former tauira and colleagues spoke highly on his behalf.

“Listening to them talk was quite moving actually. You don’t realise the impact you make on others.”

And the key to his continued success?

“Hard work, total commitment and sacrifice for your vision. Refuse to limit yourself, let alone allowing anyone else to limit you.”