Matariki Rising - The mark of a new year 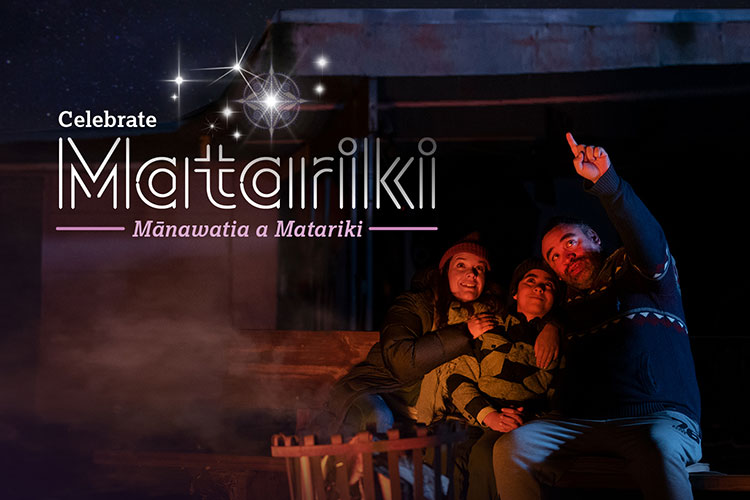 The mark of a new year

The rising of the stars of Matariki (and Puaka/Puanga) every winter heralds the end of one lunar year and the dawn of the next within te Ao Māori. It is the time to farewell those who have passed away in the previous year, to celebrate the end of the harvest period and to prepare for the year ahead, in line with the tikanga of the local iwi. Specific customs, observations and rituals vary across Aotearoa but are commonly themed around acknowledging the past, the present and the future.

As such, Matariki is a hugely significant time for Māori and, increasingly, all New Zealanders.

The rising of Matariki in the morning sky is observed in the lunar month of Pipiri (around June and July) and although the new moon phases of Pipiri occur early in the month (from 30 May this year), Matariki will not be visible. Therefore, most iwi wait until the last quarter – the Tangaroa phase – before observing and celebrating Matariki.

This is an example of being guided by and responding to the environment and working with it rather than trying to shape it to our needs.

This year – the first Matariki public holiday – the correct time to observe Matariki is considered to be between 21-24 June.

Te Wānanga o Aotearoa has long recognised the importance of Matariki and in 2016 worked with Dr Rangi Mataamua to produce Te Iwi o Matariki, a travelling roadshow which helped educate New Zealanders about the significance of Matariki.

We have continued to educate people about Matariki and it’s pleasing to see Matariki being recognised nationally with a public holiday.

“To have Matariki recognised as a day of national significance is a small step into a shared future for Aotearoa and although it’s been a long time coming, Māori are well used to playing the long game,” he says.

“And while we’re proud to have played a small part in promoting Matariki, it’s doubtful we’d be where we are today without the ongoing efforts of Professor Rangi Mataamua to promote Matariki to a wider national audience.”

As advocates of mātauranga Māori, Te Wānanga o Aotearoa is providing several free online resources for whānau, schools and corporates. We hope they will not only help New Zealanders to understand more about Matariki but also to provide guidance for those eager to observe, commemorate and celebrate at this special time.

Take our Matariki quiz to find out how much you know about our new public holiday. Plus all entries received by the 30 June go in the draw to win 1 of 3 Apple or Android smart watches. T&C’s apply.