From teaching to learning 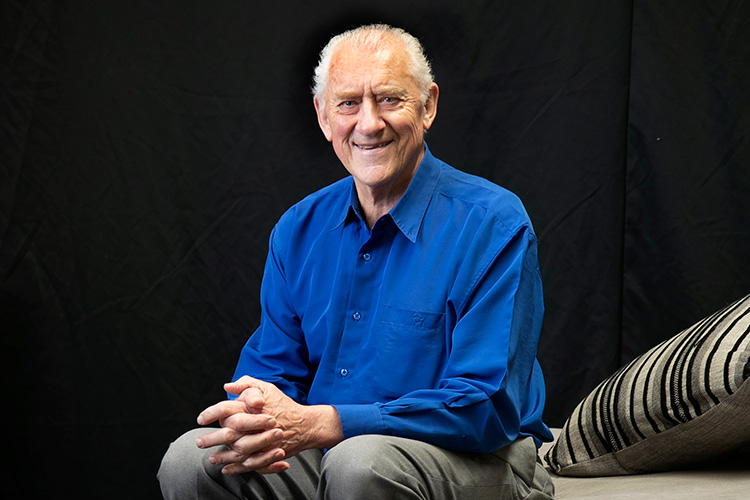 After a teaching career spanning more than 40 years, retirement gave Stephen Hovell the time he needed to embark on his te reo Māori journey.

“I’m retired now and I’ve got a bit of Māori blood so it was just the right time,” he says.

“I find this learning very fulfilling, personally,” he says.

“It’s a real challenge though, it doesn’t come easy.”

He says studying with Te Wānanga o Aotearoa has enabled him to delve into his own whānau history and it’s been more about learning with the heart, rather than the mind.

“It’s really interesting, the assignments we’ve had have allowed me to explore my own family, where they’re from, our marae and things like that, and I just feel a lot more closely related to my tūpuna, I identify a lot more closely with them now.”

And he’s developed close relationships with his kaiako and fellow students.

I like the principles of Te Wānanga o Aotearoa and the values that they espouse. It’s just the feeling of whānau, that’s probably the best word with which I can sum up this place,” he says.

While he lives alone, limiting his opportunities to kōrero i te reo Māori, Stephen uses Facebook to improve his writing in te reo Māori and speaks as often as he can.

“It’s one thing to write, it’s another thing to kōrero so I tend to talk to people in the street, at the fish and chip shop, stuff like that. It’s a challenge but it’s one that I accept.”

And it’s one he encourages others to undertake.

“I think because of the whānau environment, it’s quite encouraging. It’s a place where students are safe to make mistakes and not get laughed at, not get put down, but actually get encouraged by the others. I think it’s an encouraging environment here and it’s an awesome place to learn. I absolutely love it.”

Find out more about our te reo Māori and tikanga Māori programmes.