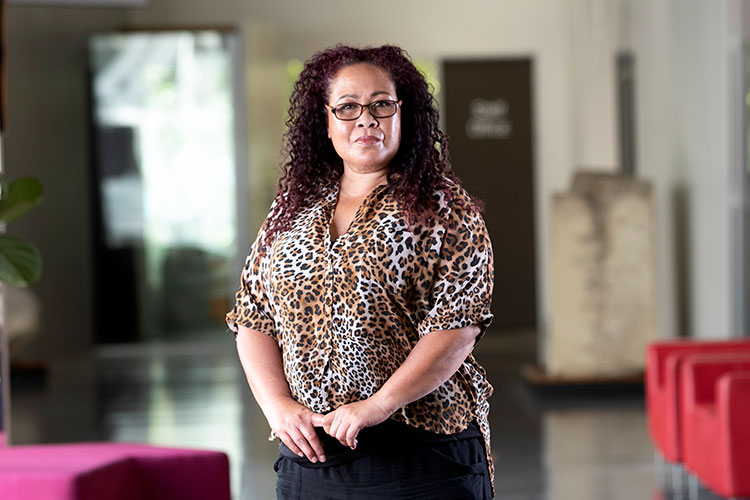 Anevili Kirifi has often found herself in leadership roles at work, but was never able to take the next step up the career ladder.

“In my previous job I had a supervisory role which was kind of running the whole department, but I couldn’t go any higher,” she says.

“I tried, but I had no paper qualifications. I’ve been doing that for a long time, I work my way up then it just stops. The bottom line is, if you don’t have a qualification you don’t move up to the next level.”

So to give herself the qualification she needed, Anevili enrolled in the Introduction to Team Leadership programme at Te Wānanga o Aotearoa in Māngere and hopes it will stop her having to work her way up from the bottom, as she has done with other jobs.

“I’m getting too old for starting from the bottom. I don’t really mind, but I got to the stage where I say ‘okay I’m in my early 50s, I’ve done all that’. I just want to find something I can go straight in and utliise the skills I’ve got, with the back up of a qualification.”

She says the course has made her a better leader and she has enjoyed learning with Te Wānanga o Aotearoa.

“The kaiako are so thorough in explaining everything and the textbooks are so helpful. I’m having a good time learning here, because with the sessions we’ve been having, it gives you perspective and I think, ‘oh I could have done it this way’.

“It’s making me more professional because I know all the tools but I didn’t know the proper terminology. I look at how I’ve been a leader and how you deal with people in different ways. Some people are quite sensitive, so you pull them aside and talk to them, and some people you just need to say ‘right, let’s do it this way’. At the same time you still need to do it in a professional way.”

With her new skills, Anevili is more confident than ever that her future will not be limited by the lack of a proper qualification.

“That’s the thing, I would like to go up another level. I want to get to that management level. Maybe I’m too old to get there but I’ll get there and be the boss or something.”

Find out more about our business programmes.